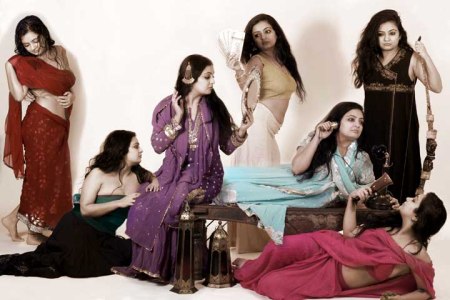 Saadiya Kochar is a New Delhi based photographer. She started her photographic career at the age of 24 when she self published a book on nudes and ever since then her photographic career has never followed the conventional path. For over a decade she has been exhibiting her art works in galleries all over the world. She has worked extensively in Kashmir. Other than the genres of art and documentary photography Saadiya has done a fair share of commercial work.

‘My work is a self centric process which is inspired by the sacred feminine and the duality of existence. From the emotional to the abstract; from the sensual to the spiritual; from extreme whites to extreme blacks; the opposing forces on the spectrum are underlying themes which carry along as a common thread through all of my works.’- Saadiya Kochar

Books- The photographer started her career, at the age of 24, by launching a book called ‘BEING…..’.It was self published by her.

’15- Yoga Chakra’, catalogue by the Sangeet Natak Akademi.
Saadiya’s works have been included in the ‘Click’ book as well as the ‘Faces of Partnership’ project.
Contributory writer ‘Chicken soup for the single’s soul’.

Film- In 2012 the photographer wrote and directed her first film Loss…..It was about the troubles in Kashmir.

Road Tripping- In June 2017, Saadiya travelled through 18 states, to spread the message of universal brotherhood. It is an ongoing project which will culminate into a public exhibit.

Kashmir- For the past decade, the photographer has been travelling to Kashmir for her own work as well as commissioned work. This work will culminate into a series of books.

Worked on a project, ‘Faces of partnership’ for the Australian High Commission.

Articles– Greater Kashmir, Folktales- ‘The Story Of A Son In Law.’